Shakarparian is a beautiful hill station and a local resort in Islamabad, Pakistan. The park is located near Zero Point Interchange. Pakistan Monument is also located in ShakarPadian.

Shakarparian was also among the 85 villages affected by the construction of Islamabad. There were more than two hundred houses on the exact spot where the Lok Virsa (folk heritage) is today.

Traces of this village are still scattered in the forest on the hill behind the Lok Virsa (folk heritage). These included the Katarian, which replaced the existing Constitution Avenue, and the Foreign Ministry.

Similarly, Rawal Dam was replaced by the villages of Rawal, Pahgdil, Shukra, Kamagri, Kharpin, and Machharilan. The Faisal Mosque was replaced by a settlement called Temba and the hill behind it called Klinger.

The people of Bagyal branch of Gakhars who are said to be descendants of Malik Boga were settled in Shakar Padiyan.

The Ghakhars have ruled Pothohar for seven hundred and fifty years. According to the Gazetteer of Rawalpindi 1884, 109 villages of Rawalpindi district were owned by Gujar and 62 by Ghakhars.

What is the reason behind the famous Shakarparian Islamabad? In this regard, it is narrated that Baba Farid Ganj Shakar (1173–1265) stayed here.

A Pathan trader was loading a sack on a donkey. Baba Farid asked, “What are you taking?” The sugar merchant, fearing that Baba might ask me for food, replied that it was salt.

Baba Farid said, “Well, it will be salt.” When the merchant went to his shop and opened the sack, he saw that there was salt in it instead of sugar.

Since sugar was more expensive than salt, he ran to Baba and said that there was sugar in his sack. Baba said again, “Well, it will be sugar. ” He went and saw that it was really sugar.

He made this incident famous all around, after which people started coming to visit Baba Farid. A seat by the name of Baba Farid still exists right next to Zero Point with green flags hanging on it. 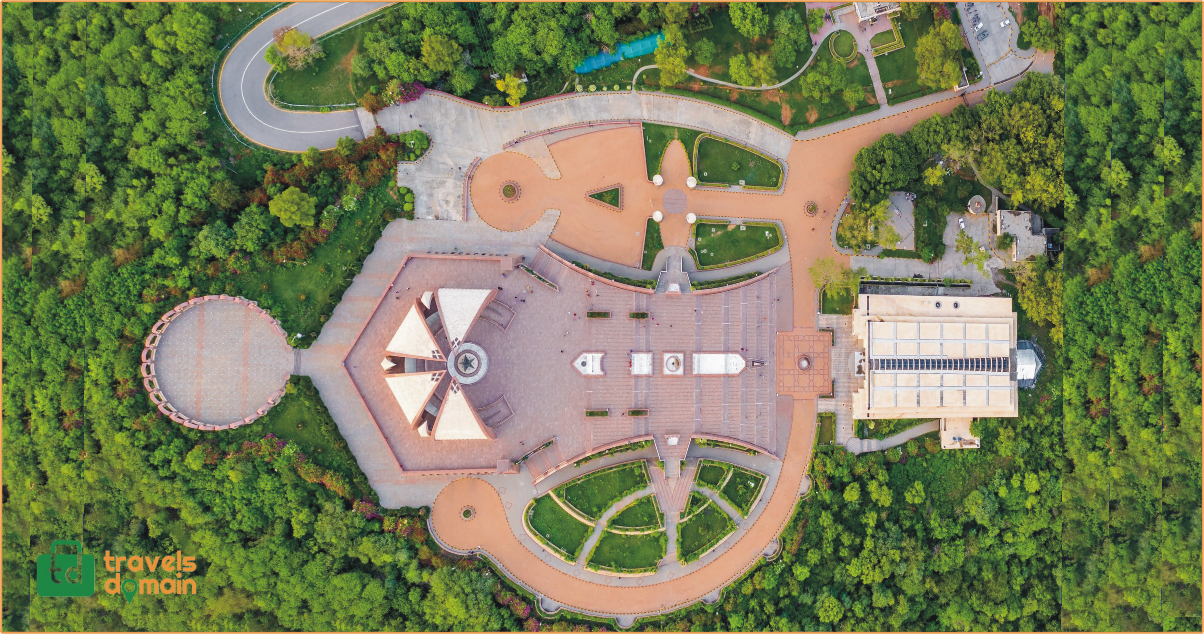 Before that, there was a spring here but when a flyover was built here and a monument was built on it during the Musharraf era, the water of the spring dried up. Today a forest has grown on the ruins of Shakar Padiyan village.

There is also a well-known cafe called ‘1969’ in another mansion of his family.