Punjab University Lahore is the oldest teaching university in the subcontinent which was established on 14th October 1882.

The first Chancellor of this historical academia was Sir Charles Amperstone, the first Vice-Chancellor was Sir James Broadwood Lyall.

Punjab University consists of 10 constituent colleges, 137 departments, 19 faculties, centers, and institutes. It has also more than 650 colleges affiliated with this historical academic center.

Punjab University employs 300 part-time and over 900 full-time faculty members. There are around 50000 students enrolled in different faculties and programs at all campuses of Punjab University.

This academic center has 6 campuses. 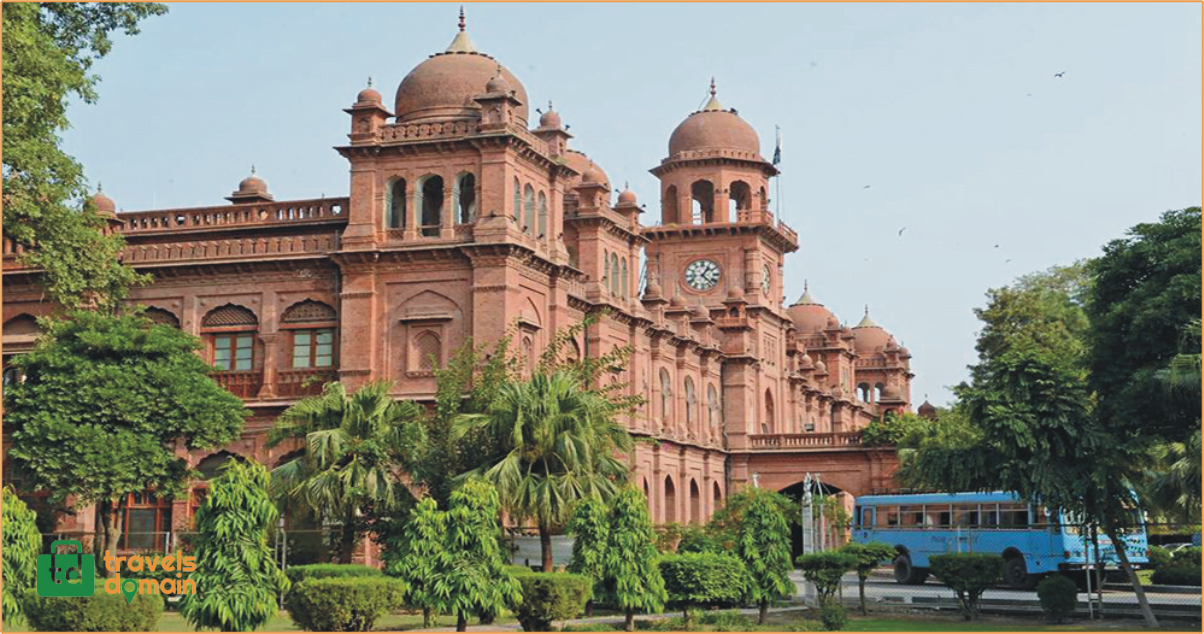 Prof. Niaz Ahmed has been awarded the highest civil award i.e. Sitara-e-Imtiaz by the government for his services in the field of education.

Prof. Niaz Ahmed was the first to take steps to restore the greatness and dignity of Punjab University as per its glorious past.

It is determined to play the role of developed countries’ universities in providing solutions to the challenges facing Pakistan in all fields.

In this regard, Prof. Niaz Ahmed first introduced the model of accountability, merit, good governance, and transparency, in all matters of the university.

That is why today the role of famous historical academia is evident at the national level and all the universities in the country seem to be benefiting from the far-sighted strategy of the administration in various fields.

Thus, famous historical academia has the honor of being the oldest university in Pakistan.

Earlier, the campus of the University was adjacent to Old Mall Road and Anarkali Bazaar. Many of its departments moved to the New Campus in the 1970s.

At the beginning of Lahore’s Mall Road, many Anglo-Andean-style buildings face each other in a magnificent manner, adding to the romance of the road even today.

Whether it’s a town hall or a museum, or Tolentino Market and the GPO. On the left is Government College University or Punjab University, one of the three oldest universities in the subcontinent.

The present building (Old Campus) of Punjab University was built by Bhai Ram Singh in 1911 but this mother of knowledge was started on 14th October 1882.

After the middle of the seventeenth century, the colonial government outlined four major institutions for higher education in the region. The fourth of these was this famous historical academia, to be built in Lahore.

Later it got full university status. After getting the status of a university, Mahindra College, Patiala was the first college to be affiliated with the famous historical academia.

A campus of this university was built in Chandigarh. Arthur Compton, a professor at Government College Lahore, received the Nobel Prize in Physics in 1927 after joining this famous historical academia.

The first Vice-Chancellor of “Jamia Punjab” was Sir James Broadwood Lyall and at that time it covered an area of ​​300 acres.

The current Vice-Chancellor of the University, Prof. Dr. Niaz Ahmad Akhtar says that the University started with Oriental Learning Degrees.

In the beginning Oriental Learning but later all kinds of faculty became part of famous historical academia. Now there is no subject that is not taught here.

It currently has five campuses and 19 faculties. The number of departments, centers, and institutes has increased to 134.

If you want to keep yourself in touch with the “Admission, Merit List, and Fees Structure”, please click the following link, and thus you will directly land on the respective page.

All about Admissions and Fees